The main failure modes of carbide buttons are: abrasive wear, thermal fatigue, spalling, internal cracks, fractures of unexposed parts of buttons, shear fractures, and surface cracks. Accurate judgment of the failure form of cemented carbide buttons is an important prerequisite for analyzing the causes of failure and taking measures to increase its life. 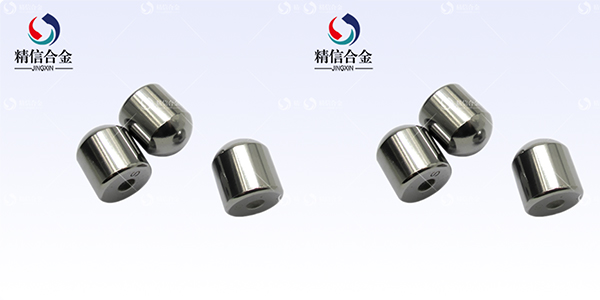 Each type of  carbide button bits failure has its own characteristics, and although the other failure modes have similarities, you can find their own characteristics by careful observation. The difficulty is that, usually, the damage of button alloys is rarely seen with only one damage mechanism, and often several failure modes occur at the same time. To figure out what the main problem with Z is, it is necessary to carefully observe the buttons on multiple failed bits used in the same place. For buttons in the same circle of the drill bit, their bearing capacity is very similar. Therefore, by observing a large number of buttons on a circle in each stage, the main damage method can be found. During the observation process, the following aspects should be observed:

1. Where the ball tooth damage Z is large, this kind of damage often occurs;

2. The section of the button with the starting point of the fracture but not found;

3. Multiple buttons have the same type of crack starting point.